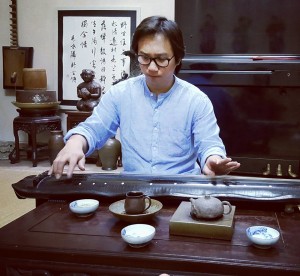 Trần Quang Đức (born 1985) is an independent Sino-Nôm researcher. Following a period of study at the Việt Nam National University, he won a scholarship to further his education at the Beijing University where he graduated in 2009. Quang Đức has worked at Nhã Nam Culture and Media company and the Institute of Literature. He is active in the field of education, and is currently researching on the topics of Vietnamese ancient and medieval culture and history. His debut studies A Thousand Years of Attires received the New Findings prize at the Good Book Award in 2014. His translation of the Basic Annals section from Sima Qian’s Shǐjì (Records of the Grand Historian) was published in late 2014.