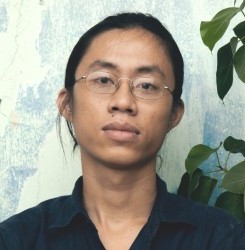 Minh Quý explores his ideas primarily through video and experimental filmmaking. The images and narratives in his works often stand on the border between the real and the surreal, the personal and the non-personal and address his concern with the human existence in the contexts of urban and non-urban, civilisation and primitivism.